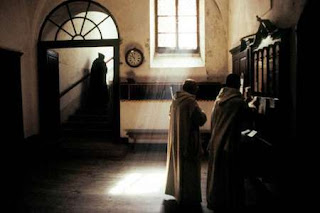 "It is rather the darkest of all." (Martin Heidegger)

I recently finished binge watching The X-Files on Netflix. It took me two weeks to get through it. Xbox Gold rewarded my obsessive effort with a virtual trophy. Nice. What started out as a way to spend some spare time ended up as a nostalgic indulgence.
My late father introduced me to the show when it first aired twenty three years ago. Watching it was one of the few things we did together. He later confessed to me that his commitment to it had less to do with his interest in science fiction, and more to do with his love of Gillian Anderson. Like father, like son.


He did, however, tell me that the X-Files were real files. I wanted to believe. So I did. Instilling in me the belief that the show was more science than fiction, that Mulder and Scully were actually dramatizing real events cataloged in top secret government files, has been the inspiration behind my ever evolving reconnaissance mission to seek the truth out there, wherever and whatever it might be: "Supposing truth is a woman - what then?" (Friedrich Nietzsche).
The tenth episode of the seventh season of The X-Files is entitled "Sein Und Zeit" (Being And Time). It was written as the first of  a two-part segment that reveals what happened to Mulder's sister Samantha. It is one of many episodes that informs the narrative arch of the alien-conspiracy mythology.


The title of the episode intrigued me. I first read Martin Heidegger's Sein Und Zeit as an undergraduate philosophy major. It left its mark on me. Over the years I have come back to this book and read it through new eyes each time (these days they are decidedly pragmatic). Richard Rorty's summation of Heidegger's significance sums up my present attitude: "Heideggerese is Heidegger's gift to us, not Being's gift to Heidegger."
This is a pragmatic way of saying that Heidegger's worth is in the language he has given us in Being And Time ("Heideggerese") to get things intentionally done in the world, rather than using "Platonese" to leave things ineffably undone (supposedly) elsewhere. So much the worse for Platonic onto-theology: "Christianity is Platonism for the masses." (Friedrich Nietzsche).
One of the things I wanted to get done after I watched episode ten was to determine if (and how) Heidegger's philosophy in Sein Und Zeit influenced the writers'/producers' decision to call it what they did. I am not the first person to think about this. But all that I could find online was an acknowledgement by a serious X-Files fansite that the connection between Heidegger's book and the title of the episode was something left unanswered. At least it was asked.
Heidegger's philosophy is a modern commentary on the ancient claim made by Heraclitus that "all is flux." What distinguishes Being And Time in the history of Western philosophy is the emphasis that it places on the word 'all'. To be in the world (being) is to continually become in a world of constant change, a world that is experienced as the indefinitely continued progress of events (time), and grounded in primordial temporality (history). So, to be in the world is to be in history (and no where else). This is true of all that is (without exception). Michel Foucault's important insight that we are all "historically condemned to history" is nothing but a footnote to Heidegger (who did not mind the condemnation).

With this in mind, my guess about the title is that the key to understanding Mulder's "Closure" (the title of the second part of this segment) about Samantha is found in his recognition that her death is a tragic end, but that it does not occur through alien means. As he comes to terms with the recent death of his mother, this discovery about Samantha plays a central part of what it means for him to be in the world. He finds peace at this stage of the story by letting go of his conspiratorial quest for a more-than-natural answer to Samantha's human-all-too-human disappearance. Like Heidegger, he accepts his condemnation without complaint.
"Heideggerese" has helped me gain descriptive closure over the death of my father. Writing this essay in his memory certainly makes this process easier. But such closure does not close the door on the mystery of being in the world (whether that includes the disappearance of your sister or the demise of your father). In the end we still must face the question of the Being of beings, the "darkest of all." This is the real X-File.